Four for the Future: Recapturing History for Today’s Movement 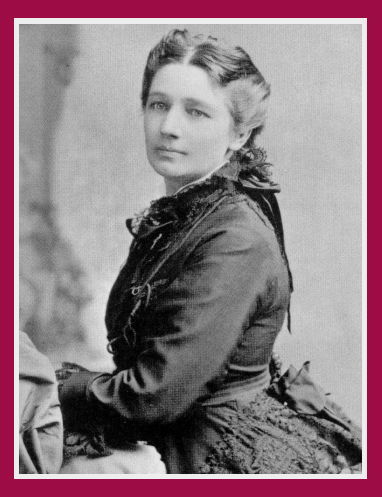 Victoria Woodhull was the first female broker on Wall Street and the first woman to run for President. She was lost to history for 150 years because she doesn't fit the preferred profile.

I was surprised, actually, that the topic of feminist theory and history came up so often as a backdrop to the dialogue about gender lens investing at the recent Convergence conference. I guess I should not have been.

This meeting was attended by women (and a few men) who are engaged in redirecting capital into positive social investments.  Several of them already have distinguished track records in pushing capital flows toward, for instance, sustainable technology and social enterprise.  Their purpose at this conference was to continue an ongoing dialog about how to design investments and metrics that would not only move capital toward projects that benefit women, but foreground the gender impact of existing investments (by, for instance, rating companies who promote women).

The problem is that there is little in either feminist history or theory that would help guide their momentous agenda.  That’s because Second Wave feminism and its present day derivatives have confused the women’s cause with Marxism’s erstwhile war against capitalism and have thus far been unable to imagine any positive economy except a socialist one.  That leaves women who came up through college during the heyday of women’s studies—the 1980s and 1990s—believing they are betraying the sisterhood if they engage in something like (horrors!) investment strategy. It also leaves younger women thinking feminism has nothing positive to say about the current worldwide effort to make the economy woman-friendly.

Just for the record, I wrote a chapter called “Market Feminism” back in 2000 that called attention to this problem.  I documented the many ways that the modern market economy had benefited the movement over the previous 100 years.  I noted that women were, even then, increasingly enrolled in business schools and communications courses.  I warned that these students were going out into a global economy where they would have many opportunities to change the world for the better, but, thanks to the narrow-minded market-unfriendliness of academic feminism, would have no conceptual tools with which to do it.

Today, institutions like the United Nations, OECD, the World Bank, the International Trade Centre, and the International Finance Corporation have major programs aimed at shifting the balance of the world economy toward women.  There are many, many women—especially young ones—engaged in these efforts.  And yet, as a movement veteran commented at the Emerging Markets Symposium last January in Oxford, the entire effort is “untheorized.”

So, OK, I am trying to theorize it, here and through my research projects.  And I do hope to have a book out on the topic eventually.  Already, I am getting a surprising amount of positive feedback on the use of the new Pragmatist Feminism in the article reporting the Avon study.  But there is much to be done—and getting such a theory through the Scylla and Charybdis of academic publishing, which still uses Marxism and traditional feminism to block safe passage for new thinking on the topic, will be difficult.

In the meantime, a blog offers an open forum into which a few ideas may be scattered.  Here, I thought it might be helpful to sketch profiles of a few once famous feminists who have been largely lost to history because they don’t pass the Second Wave political litmus test. I decided to choose exemplars of the four categories I described in the post called “Is Money Too Dirty for Feminism to Touch?”:  investment, philanthropy, entrepreneurship, and consumption.

For the feminist representing investment, I chose Victoria Woodhull.  When I was writing Fresh Lipstick, I spent months researching Woodhull, as there was nothing published about her except a 1967 biography called Mrs. Satan.  Since then, several new biographies have appeared.  There seems to be a trend toward rehabilitating her.

Victoria Woodhull was the first female stockbroker on Wall Street.  She and her sister, who joined in the business with her, were known widely in America as “The Bewitching Brokers,” partly because of their financial advising, partly because they were both very beautiful, and partly because they both dabbled in fortune-telling.  Victoria was the first female candidate for President (a candidacy that was taken seriously at the time) and was one of the most successful newspaper publishers of her time.  She was also the first US publisher of Das Capital and the founder of the International Workers of the World in the US.  Woodhull was an outspoken advocate of “free love,” which was a movement we would now call “reproductive rights.” Because she “outed” a lecherous minister whose aristocratic and sectarian sympathies coincided with those of Susan B. Anthony and Elizabeth Cady Stanton, the suffrage movement excommunicated her and wrote her out of history.  For exposing this Congregationalist scumbag in newsprint, Woodhull also became the first person arrested under the notorious Comstock laws—the charge was publishing obscenities. Woodhull was a brilliant woman and a fascinating character. She lived an imaginative and unconventional life—and was, in her own time, probably seen as the leader of the feminist movement as much as Susan B. Anthony.

Alva Belmont intimidated everybody, including the ambitious socialites who followed her into the women's movement.

To represent philanthropy, I chose Alva Belmont.  The “Leader of Society” during the 1910s, Belmont used her considerable wealth and social influence to benefit the suffrage movement, as well as the women’s labor movement.  Mrs. Belmont had divorced William Kissam Vanderbilt and was later Oliver Belmont’s widow, and thus became a very rich women, probably the richest of her time.  She gave money, marched with strikers, and threw parties that benefitted the movement (to which lesser socialites felt compelled to go). I suppose it is because she controlled a large swath of industrial era wealth that she was ignored by feminist historians for so long:  the first biography was published in 1992, another in 2011.

Frank Leslie's Illustrated Weekly was a prominent example of the early "image media" of which Second Wave feminism has been so fearful.

Miriam Leslie was an entrepreneur.  She was also a celebrity, a beauty, and a sinner.  She lived in a scandalous and very public ménage a trois with her husband and publishing magnate, Frank Leslie.  When she and Frank divorced their spouses and married each other, puritans from coast to coast pursed their lips.  Mr. Leslie had become wealthy by publishing an illustrated weekly paper that brought news in intelligible form to immigrants and poorly educated Americans, a line of business that did not endear him to the class from which Anthony and Stanton hailed (they did not believe people who didn’t read and write good English should be allowed the rights of citizenship, not to mention having a Calvinist fear of pictures that haunted the movement for 200 years).  After having built his empire, Frank made some bad acquisitions and lost all his money, then fell sick and died.  Miriam promised him on his death bed that she would turn the business around.  And indeed she did—to a fabulous degree—and with characteristic style.  Because women’s economic rights were then even more limited, Miriam took over the business by legally changing her name to “Frank Leslie” and assuming all his debts.  Under her guidance, the business exceeded its former prosperity.

Over the course of her life, Miriam Leslie was increasingly concerned by the dominance of men over women and the tragedy of dependence that power imbalance often brought.  Before she died, Miriam made elaborate preparations to leave her money to the women’s movement.  The bequest came just in time, giving Carrie Chapman Catt the money to launch a huge educational campaign for suffrage and ultimately win the vote.  The role of Mrs. Leslie’s money in winning the suffrage was key—but if you look for an acknowledgement in the big histories, you will not find it.